The scent of gardenias perfumed my first days in Beirut in May 2012. Like the gardenias, Beirut is back in bloom.

Are you kidding me? Beirut never went anywhere.

When we arrived to Lebanon in May 2012, tourism crashed. And no, it wasn’t us! Due to instability in the region, the governments of Saudi Arabia and other wealth Gulf states instructed their citizens to avoid travel to Lebanon. That was as much politics as safety concerns, and Beirutis themselves were still out at restaurants, beaches, bars.

Beirut has been here all along. But as of 2017, the tourists are back.

I’ve hosted a number of visitors to Lebanon since moving here. You know, the hard-core kind of traveler, that doesn’t let things like a car bomb stand between them and their grandchildren. Or the adventurers that read beyond the headlines and realized that while fall 2013 was a dodgy time to visit (bombs in Beirut and Tripoli in August, Obama’s threats of military strikes in Syria), most of the rest of the time we’ve been here has been just fine.

I remember wandering downtown Beirut with my parents on their first visit in November 2013. We saw one lone foreigner besides ourselves and the migrant workers cleaning the streets. He wore cargo pants and a large camera slung around his neck—more likely a journalist on assignment than a tourist. 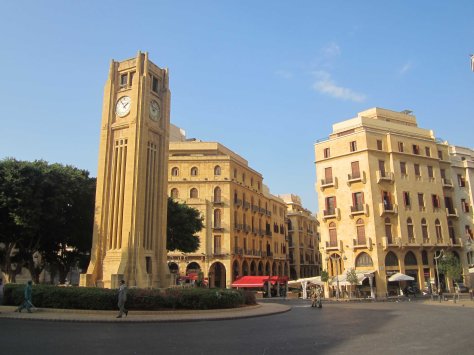 A street cleaner, a businessman and two cops. Not a lot of other tourists back in 2013.

As recently as September of 2016, when we took my brother-in-law and his partner to Baalbek, we had some of the world’s most impressive Roman ruins virtually to ourselves. The visitors we hosted between 2012 and 2016 were intrepid, unperturbed by the utter lack of other tourists. 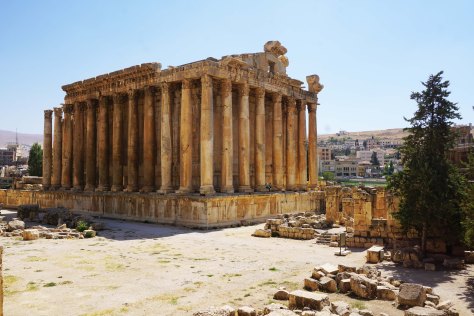 I’ve been hosting guests again this year, and we can no longer claim the tourist sites for ourselves. I bump into Westerners with blonde hair and knobby knees. Chinese tourists with map in hand. The tourists are back—not in droves, but they’re here.

Last month I was back in Baalbek with houseguests, and *gasp* there was an actual tour group of international visitors. Minivan and all! As well as an entire busload of Lebanese tourists. On a Friday no less, not even the weekend. We went to Batroun and Byblos, and bumped into more tourists wandering around, taking selfies against the backdrop of the sparkling blue sea. We headed to downtown Beirut, and other tourists asked us to take their picture in the Blue Mosque, then we had to wait for other tourists to clear out before we could get the good shot of Martyrs’ Square with the mosque in the background. 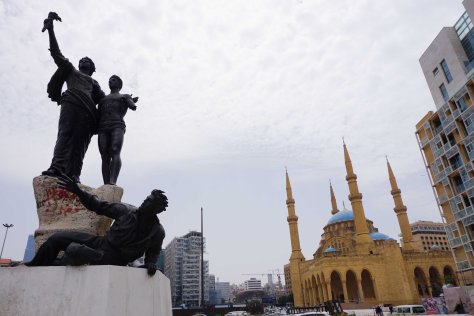 We headed to the trendy Mar Mikhael neighborhood at night and… well, the nightlife has always been great. But now, it’s better than ever. (Read this article by Gino Raidy on Vice.com for a great analysis of how Beirut’s nightlife has democratized since 2012, and check out this video on his blog for a glimpse into some of the city’s best nightclubs.) It took a while to recalibrate, but Lebanon’s tourism market has adapted to the lack of wealthy Gulf tourists, who were willing to shell out exorbitant prices for overrated hotels and restaurants. The businesses that remained standing are the best, and new ones have cropped up in the place of those that couldn’t make it—more fairly priced, more creative, simply better. Businesses also worked harder to offer tours and packages to those already in Lebanon (my favorites: Alternative Tour Beirut and Living Lebanon), including the development of community and rural tourism (check out the 60+ stands that will be at the Travel Lebanon section of the Garden Show in the Beirut Hippodrome next week).

If there’s something the people in this region have learned over the centuries, it’s resilience. Well done Lebanon, well done.

4 thoughts on “Beirut is Back! And so are Baalbek and Batroun and….”